On the 30th of September, the ceremony of announcing the Japanese Ambassador of the Japan Language  Association for non-Kanji countries (JLAN) took place with the presence of Mr. Nguyen Duy Anh – Ms. Ngo Thi Luat – Chairman of Giang Anh Group, Ms. Yamashita Yumi -GAG Rector of Japanese Language Institute  and many teachers from universities are members of the JLAN Association, such as: Dai Nam University, Da Nang University, Nha Trang University, Da Lat University, Ho Chi Minh City University of Technology and Education … along with singer Phan Anh and Miss Pham Huong. Besides, many teachers from universities also attended the event.

At the event, Miss Pham Huong was honored to receive scholarships and community activities worth 1 billion when taking on the role of ambassador. 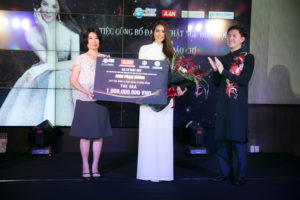 Pham Huong expressed: “I myself have come to Japan many times, always leave a deep impression. In June, I have a chance to Japan, trained with my students here. It can be said that Japan is a progressive, civilized country with many beauty from human to culture. In addition, I am also very passionate about education projects because I am currently a faculty member of a college. Therefore, when I received the invitation to be an ambassador, I did not hesitate to think and agree. With this fund, I will go to the place of encouragement and encourage the students in difficult circumstances but always have the energy to rise. This is one of the missions I have to fulfill so I will do my best as the ambassador of this project, “Pham Huong said..

Mr. Pham Duy Anh – Managing Director of the Association – CEO of GAG Japanese Language Institute  deeply appreciate her sincerity when accompanied with the JLAN, with GAG Japanese during the last time about teaching sex. He also believes that Pham Huong will be the best choice because she has a great influence on the Vietnamese youth and hopes for more meaningful programs in the future, giving Vietnam a chance to escape. poor and studying in Japan. 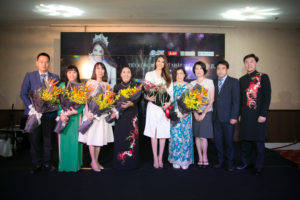