On March 19, 2017,Giang Anh Japanese language school  – Member of Japanese Language Association for non-Kanji Countries (JLAN) held the “VIETNAM – JAPAN CULTURE EXCHANGE FESTIVAL 7th” with the theme “CONNECTING TWO COUNTRIES – CONNECTING 2 CULTURAL FOUNDATIONS” in Lien Ha – Dong Anh – Hanoi. At the ceremony, thousands of young people from all over the country have experienced the special cultural space of the two countries through the booths are designed boldly own two countries. Especially, the program brings together some of the most famous artists in Vietnam, such as singer Noo Phuoc Thinh, singer – songwriter Vu Cat Tuong and Miss Universe Vietnam Pham Huong together with senior officials from Hanoi, Dong Anh and representatives from major universities in Vietnam. 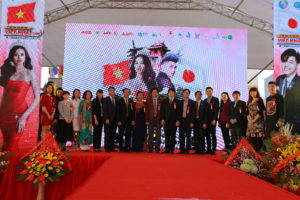 Beginning is “NATIONAL SPEECH CONTEST OF JLAN-TEST CUP 1st” contest. The contest is a place for students, students representing the Vietnamese youth to speak, share and fight, to defend their views on the areas that are aching in today’s life. 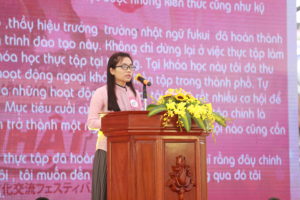 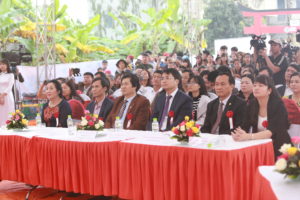 Guest delegation of the festival

Next is the final of “Miss Sakura” contest by Miss Universe 2015 Pham Huong judge. With their confidence as well as talent, the young people brought the surprise to the judges through the contest: Party, Talent and Behavior. 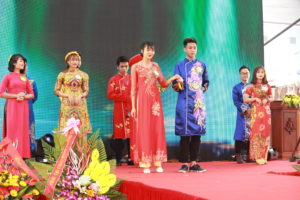 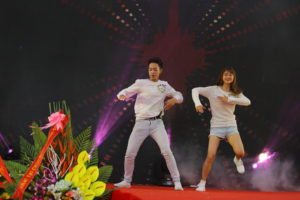 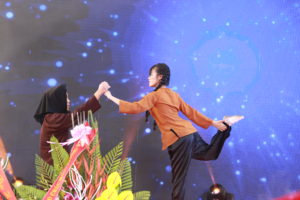 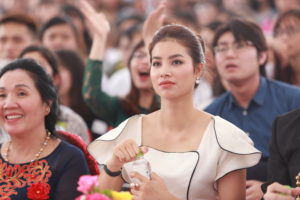 The exciting performances of singer Noo Phuoc Thinh and singer – songwriter Vu Cat Tuong made the whole conference burst in the cheering cheer of young people. 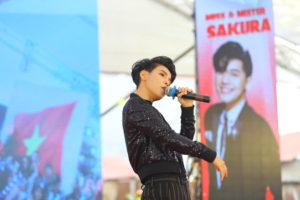 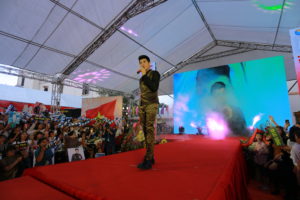 In addition, the Festival also has a space of trade booths designed in harmony style, bearing bold cultural festival of Japan, helping the participants can understand more about food culture the system of sunrise. Many artistic activities from traditional and modern Japanese art troupes have inspired young audiences, including street performers, kimono fashion shows, ethnic music with the participation comes from two countries. 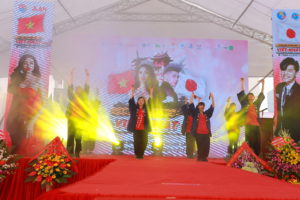 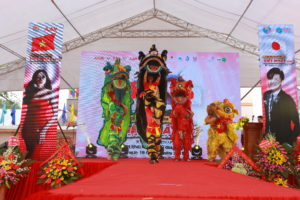 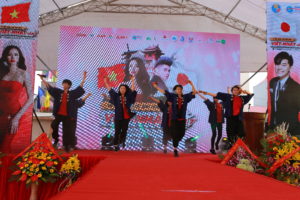 Along with the arts and trade activities, the festival also has many activities of special significance such as: talk about studying in Japan, helping young people understand and get the most accurate information about life of Vietnamese students studying in Japan. Attending the talk were Mr. Hashino Nobuo, Principal of Japanese Minami Osaka School in Osaka Prefecture, Japan. 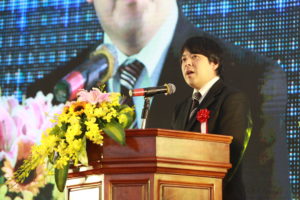