Miss Universe 2015 Pham Huong just had a trip to Nha Trang University on the occasion of her two year anniversary of Miss Universe Vietnam in Nha Trang. Pham Huong happy in the circle of fans here. 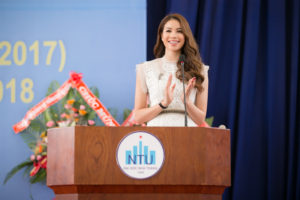 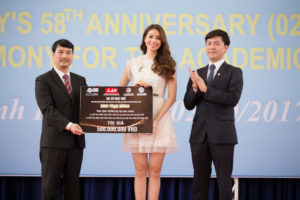 Mr. Khong Trung Thang, vice principal of Nha Trang University received the symbol board by Miss Pham Huong. Also in the ceremony, Pham Huong shared a lot about studying in Japan as well as her feelings about the country and Japanese people Pham Huong had a chance to get there.
After the ceremony, she freely exchanged with thousands of students. All excited and very fond of Pham Huong should have surrounded and ask for taking photo. 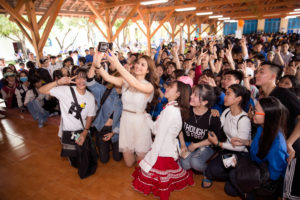